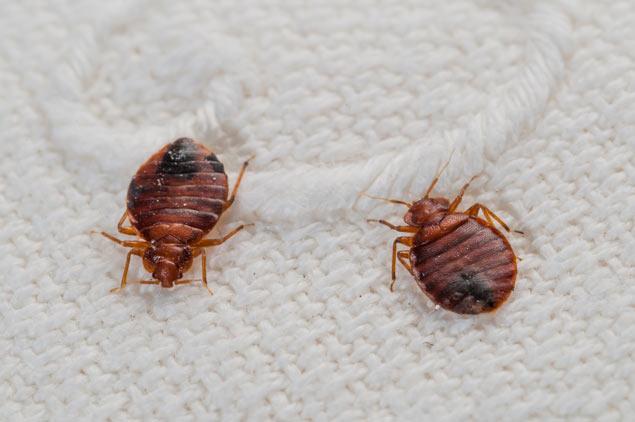 If you are waking up with small, red, itchy bumps on your skin, then it is most likely you have been infested with bedbugs! This is a very unpleasant reality for most people. Some of us usually have a common misunderstanding that bedbugs are due to poor housekeeping. But in reality, they are brought into your home on luggage or clothing particularly if you make contact with a person who has bedbugs or if you stay in a hotel that has been infested with these creatures. Common household bedbugs are found almost everywhere in the world. These creatures are known to adjust very well to the human environment especially in temperate climates. There are a number of other pests that resemble bedbugs both in appearance and habits. For you to make proper identification, you might need to magnify it or sometimes if you have experience with different species.

There are various types of bedbugs and their related pests. These insects live by sucking blood from their hosts such as birds, bats, some rodents, and even humans. They mostly attack when the host is asleep, that is why in order to get good access, they inhibit homes or nests of their hosts. Good identification of different kinds of bedbugs would be very helpful in getting rid of them.

The most common type of bedbug belongs to a species known as Cimex lectularius (household bedbug). They prefer humans as their primary target. These bugs are found all over the world, but however, they prefer temperate climates. They like hiding in crevices especially soft surfaces like bed linens and mattresses.

Another common bedbug species is Cimex hemipterus commonly referred to as tropical bedbug. It is mainly found in tropical climates. This species primarily feeds on poultry and bats. It can attack human beings too. In the United States, this bedbug is found in Florida. Leptocimex boueti (bat bugs) is another commonly found bedbug species. It is mostly found in some parts of West Africa and South America. Its hosts are mainly bats, though it can also attack humans. It also prefers staying in tropical climates. Bat bugs and household bugs are very identical and can only be differentiated when view under a microscope.

Other species like Cimex pilosellus and Cimex pipistrella are parasites to mainly bats. There is also another type of bedbugs that likes feeding on poultry hence the name poultry bugs. They feed mostly on turkeys and chickens among birds. If you spent a lot of time around your chickens you are also susceptible to bites too. There is also Barn swallow bugs which have a close resemblance to household bugs. Though they primarily attack cliff swallows, they can enter into human dwelling places especially if their primary host has migrated. Different kinds of bedbugs usually depend on one particular host, when their preferred animal is not available, they can depend on other hosts as well.

It is very important that you make a proper identification of the type of bedbug before you start the actual treatment, otherwise, your efforts will be futile or even harmful. Incorrect pests control measures are not advisable which is why very crucial that you contact your nearest pest control experts for proper inspection.