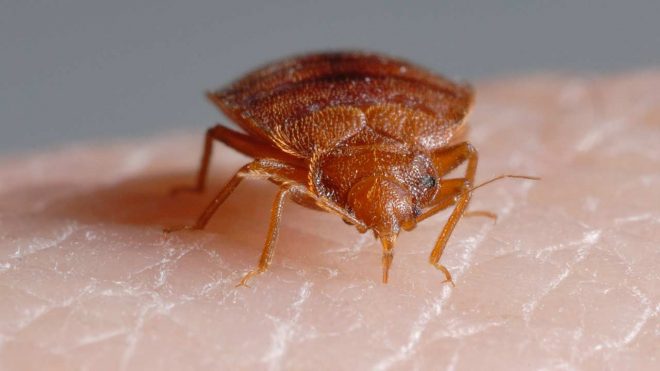 Growing up, parents all over the country told their children, “Good night! Sleep tight! Don’t let the bed bugs bite.” For decades, bed bugs, in America, were considered a myth. If you were born after the fifties, you probably never heard of the bedbug infestation. America had eradicated the pesky little creatures back in the fifties and they have not reared their ugly heads until now.

If you have never had bed bugs, count your blessings. You could not possibly imagine the torture bed bug suffers go through. Bed bug infestations are the worse type of infestation. Cockroaches were once believed to be the worse infestation a person could have in their home. They are difficult to get rid of and they multiply quickly. However, bed bugs have given the cockroach a run for its money. Due to government regulations, exterminators are limited in what they can do to treat bed bugs. With these limitations, relieving yourself of bed bugs is harder than it should be.

What are bed bugs? Bed bugs are these small brown bugs that start out as the size of a pinprick and grow to the size of Abraham Lincoln’s head on a penny. These little pests dine on the blood of humans and animals. They are nocturnal and hate light. They hide in baseboards of beds and mattresses. They come out in the night, when it is dark, and feed on unsuspected occupants of the bed. Most people have had them for months unaware of their existence.

Bed bugs are everywhere. They can be found in shady and five-star hotels. They have been found in restaurants, office spaces, and people’s homes. These bugs are quickly taking over. They have been known to hitch a ride on people’s clothing and are transported to new destinations. This is how the infestation invasion has increased through the past few years.

It is unclear, at the moment, if bed bugs transmit diseases to their human dinner. This, however, is the least of a victim’s problem with these bugs. These bugs inflict an emotional burden on their victims like no other. When bitten by bed bugs, one first thinks they have a rash. Once revealed, the knowledge of bed bugs becomes fear and shame in the heart of the victim. Victims lose sleep because they are worried about getting bitten and they suffer extreme amounts of itching from the bites. They suffer extreme shame and isolation because people stop wanting to associate with someone who has bed bugs. The stigma with bed bugs is that only dirty people get them.

Bed bugs are a nuisance for everyone who has to deal with them. The process of getting rid of them is difficult and toxic. Unfortunately, studies show that ultrasound and bed bugs are not a solution. Bed bugs are not affected by any type of ultrasound. The best way to get rid of them at the moment is for professionals, though there are products on the market that claim to be very effective.